I absolutely love Chick Lit. I normally dabble in the Fantasy, Arthurian and Southern Literature genres, but I make it a point to read at least one to two Chick Lit books a year. Preferably poolside or, if I’m lucky, on a beach. And I always fit these books into my GoodReads challenge because they’re relatable, fun, and insightful. I’m a single, about to be 30 years old, woman and every now and then, I need to know that there is at least a fictional character out there who feels the same way as I do. And since 98% of my friends are always in relationships,  I read at least one girly book a year to keep myself sane.

Now I must admit, I haven’t ever read anything from Jojo Moyes, Emily Giffin or Sophie Kinsella (although Confessions of a Shopaholic is on my shelf), but that’s only because I intuitively buy books. I don’t normally go for what’s popular at the moment, not to be terminally unique, but because I was traumatized by Twilight. I had at least four friends tell me I needed to read Twilight and it was not the best recommendation in the world. So I just grab what seems interesting and go. And honestly, that process has worked swimmingly. Granted, I’ve had a few mishaps, like when I tried to read the Starcrossed series, but that’s neither here nor there.

So now that you know a little bit more about me and the books I choose to read, here are my three Chick Lit recommendations that should be on your shelf if they aren’t there already. 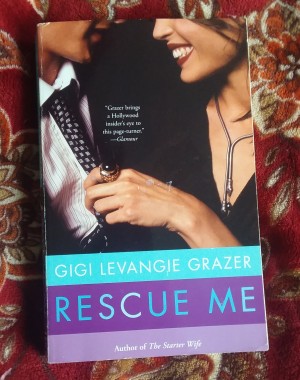 I come across this book at the always fabulous McKay’s Used Bookstore in Nashville. I immediately grabbed the copy and knew it was something that I would enjoy. When I arrived home, I put it on my  to-read shelf, but found myself breaking int the spine almost immediately after walking in the door. And finished Rescue Me shortly thereafter.

This story has everything! It takes place in Los Angeles and centers around the main character Amanda McHenry, who reflects on her past while sitting in the bathroom of the mansion she now shares with her husband. We find out that Amanda is not just a typical rich woman living off her husband in the hills of Los Angeles, but a strong woman who comes from a poor neighborhood on the outskirts of Hollywood. Reflect with Amanda as she recalls her days working at a popular television show, raising her nephew and deciding between her fiance and the man who truly makes her heart melt. I had to keep turning the pages because when there wasn’t a scene that gave me butterflies, there was a mystery to solve. This story is a delightful cocktail of  love, romance, struggle, and suspense. What else could you ask for in a book?

If you love Chick Lit, then you should have already read something by Jane Green. She’s known for her greats such as Jemima J, Swapping Lives, and Tempting Fate. I personally am a fan and own quite a few of her novels. As much as I enjoyed Swapping Lives, I absolutely adored Mr. Maybe.  I came across this book in a bin in our living quarters in Sicily, when I was studying archaeology.

I picked it up, read the back flap, and saw that it was a story about a woman choosing between a rich man and a poor man. I knew immediately that she would choose the poor guy, so I read the last page of the book (a crime I know) and had my suspicions confirmed. But then I said to myself, “I need to know why she made this decision.” And since that moment, it was an exhilarating ride through Libby’s mind as she gets snubbed by the poor man, and tries to make a future with the rich man. It is fun, exciting, and thought-provoking. Also, it has several quotes that have made it into my journals. Libby is an incredibly relatable character, especially if you’re a single woman surrounded by couples. In the end, I’m glad that I read the entire book before judging it on what I assumed to be a predictable story. 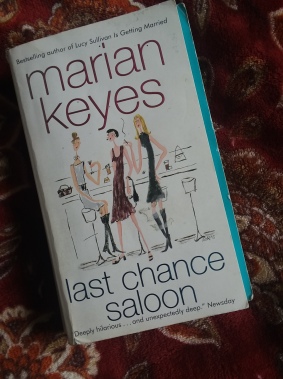 Marian Keyes is phenomenal and must be on your list if you consider yourself a Chick Lit fan. Last Chance Saloon  is an incredible story about three friends all experiencing monumental life changes.

There is Tara, who struggles with her weight on a daily basis. Katherine, who is Miss Independent and hasn’t had a date, or intimacy in years, and Fintan, who has to continue seeing the light in his darkest days. All of these characters relate to us in one way or another.  This story will make you laugh, cry, then yell at a few of the characters for being ridiculous, then make you realize that you’ve already done, or are doing half of the things that these three friends do on a daily basis. It’s an exciting read that will make you change the way you see life in your late twenties and early thirties.

Plus, the first page had the line – “Are you a Virgo?”

I was won over immediately.

Chick Lit is an amazing genre. As fun as it is to read a book that brings you to another world, it’s always refreshing to find characters to relate to. And as women, sometimes the most relatable people we meet are characters in Chick Lit novels. At least, that’s how its been for me. So if I were you, I would pick up one of these three books. Even if you’re just looking for a good beach read, you may just find your new best friend.