We may think that Tom and Nick getting married in Minnesota is our biggest issue. We may even think that women who seek abortions are criminals who deserve to be in jail. We even believe that the rise in the transgender population is either the real savior or the real downfall of American society.

The real problem is that we pay thousands of dollars a year for health insurance and federal taxes only to have all of that money sit in the pockets of powerful people who don’t care about the people living in this country. Our tax dollars should pay for schools, roads, and healthcare. Instead, teachers are responsible for buying their own supplies, the roads are in pitiful shape, and millions of Americans go into debt trying to pay off their medical bills. Let’s not forget to mention that Flint, Michigan still doesn’t have a clean water source. So why the fuck do they still pay for water and taxes when the government doesn’t even care that the lead in their water is slowly killing every person that is living in that city? Why does Michigan even pay taxes if the government refuses to give them a clean water supply? Last I checked, humans need water to survive so think about that for two seconds. 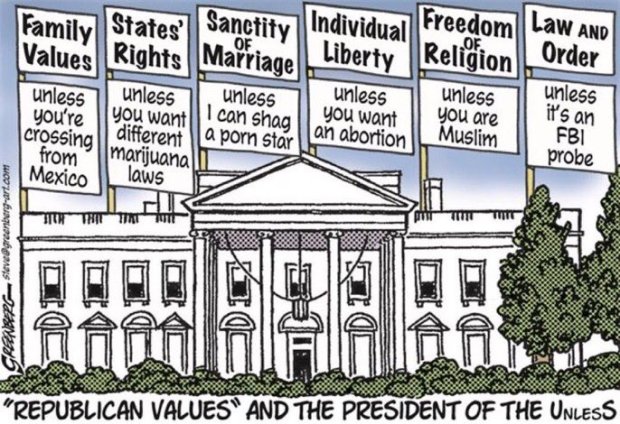 Why do we give our towns tax dollars for public education when teachers pay for desks, books, and basic school supplies? Why do we pay tolls or taxes to the state to fix the roads when most roads stay under construction for decades at a time? Why do we pay thousands of dollars a year for health insurance when they don’t cover most procedures and then give the patient a bill worth $2,000 for said procedure? If we pay so much in federal and state taxes, then how come our money is not used for anything that it’s supposed to be used for? We pay for cops to protect us, but they tend to violate that right on a daily basis and shoot innocent people or rape women in their custody. All of our money goes to nothing.

Is that still not clear enough? Then let’s try this analogy. Something more close to home. Let’s say that you and your friend are hanging out and your friend decides that he wants to go to Subway for a sandwich. You decide that that’s a good idea so you give your friend $5 so that he can buy you a cookie and a drink. Your friend then comes back to your house and he doesn’t have a cookie, a drink, or your $5. You ask him where the $5 went and he says he used it on something else. Would you be OK with this situation? Would you be happy that your friend just took your $5 and didn’t use it for what you gave it to him for? You shouldn’t be happy. You should be pissed. Not only did he steal your money, but he used it for his own gain.

And that is what our government does every single day. We aren’t mad at gays, trans, blacks, whites, or Hispanics. We don’t hate women so much that we believe that they should be punished for doing what they believe is in their best interest. And don’t even act like your tax dollars pay for their abortions when your tax dollars don’t even pay for schools or roads, or the overflowing foster care system.

We’re pissed because we work 13 hour shifts just to barely stay alive. We’re working our lives away just so that we can pay for rent, food, and water and then compromise on the medical bills. In this country, if you break a leg, it’s better for you to shove it back into place, make a splint or a tourniquet, whichever is needed, and hope for the best. At least then you don’t owe $16,000 for a $4,000 job that your insurance should fully cover in the first place because why the fuck else do you give them $4,000 a year?

We think we’re mad at each other for the decisions we decide to make. But really, deep down, we’re pissed because we work for nothing. Most people in America don’t have the luxury of sick days, so they have to use one of their ten vacation days if they fall ill. We’re not mad at Tom and Nick for getting married in Minnesota. We’re mad because the cost of living is too high. We’re mad because we have little to no time off. We’re pissed because our jobs constantly remind us that we’re replaceable, and if we lose our jobs, we lose everything.

We’re not mad because a woman gets an abortion. We’re mad because our taxes don’t pay for what they are supposed to pay for. We’re not mad that a person decides to be transgender. We’re pissed because we have to work three jobs just to survive.

And if you really are mad at Tom and Nick for getting married, or at Mary for getting an abortion, or at John because he decides to be Jane for the rest of his life, then you need to get a fucking hobby. Get a hobby because Tom and Nick aren’t getting married in your backyard. Find something else to do because you don’t pay for Mary’s taxes or groceries. And you probably didn’t even know that Jane was a John before you met her, and you didn’t pay for that surgery. So if you would rather be pissed that a few Americans want to live their lives the way they choose, but not pissed that your money pays for golf trips, plane rides, and pedophiles, then you might need to reconsider who you are as a person.

Divide and conquer is the best way to force a country into submission. It’s pretty fucking sad that no one has yet realized that we have been divided over some stupid shit like treating all people as human. I guess now we just wait for the conquer. We’re already slaves disguised as hard workers. Unfortunately, by the time we realize this, it will already be too late. After all, the protest in Portland just cost taxpayers more than $3 million in damages. You are literally paying money for your hate against each other, all because you disagree on a few subjects. Agree on the fact that we’re overworked and underpaid and be useful for once. But, as dumb people, we would rather rally against each other just to feel special. If you truly were an intelligent person, you wouldn’t act the same exact way as your enemies.

Contrary to popular belief, it’s not how people choose to live that is destroying this country. It’s our inability to realize that we’re overworked, underpaid and our tax dollars go directly to the people in power. It’s our inability to realize that we all have the same problem. We could band together and try to make a change. We could all realize that we’ve been hoodwinked for the last few centuries. But, unfortunately, we’re all too fucking dumb because we would rather be mad at people who we don’t know instead of the people in power who keep us tired, stressed, and subdued in fear.

Please wake up. Get mad at those who deserve it, not the random strangers you will never meet.