As much as we all love Disney Princesses, there are several other women in the Disney franchise that do not always get the credit they deserve. That said, here are my choices for the five best non-princesses from the Disney movies.

Not only is The Emperor’s New Groove a hilarious movie, but Chicha, Pacha’s wife, is an incredible female character that few talk about. She’s funny, smart, protective, and kind. She knows how to protect her husband, and even trains her children to protect the home when Pacha is gone. She’s sweet and understanding, yet stern and assertive when the occasion calls for it. And she manages to get the better of Yzma and Kronk, all while carrying a child. Bonus points for washing the dishes when she is frustrated, showing a constructive way to deal with inner emotions. She is an amazing woman and deserves more recognition in the Disney cannon. 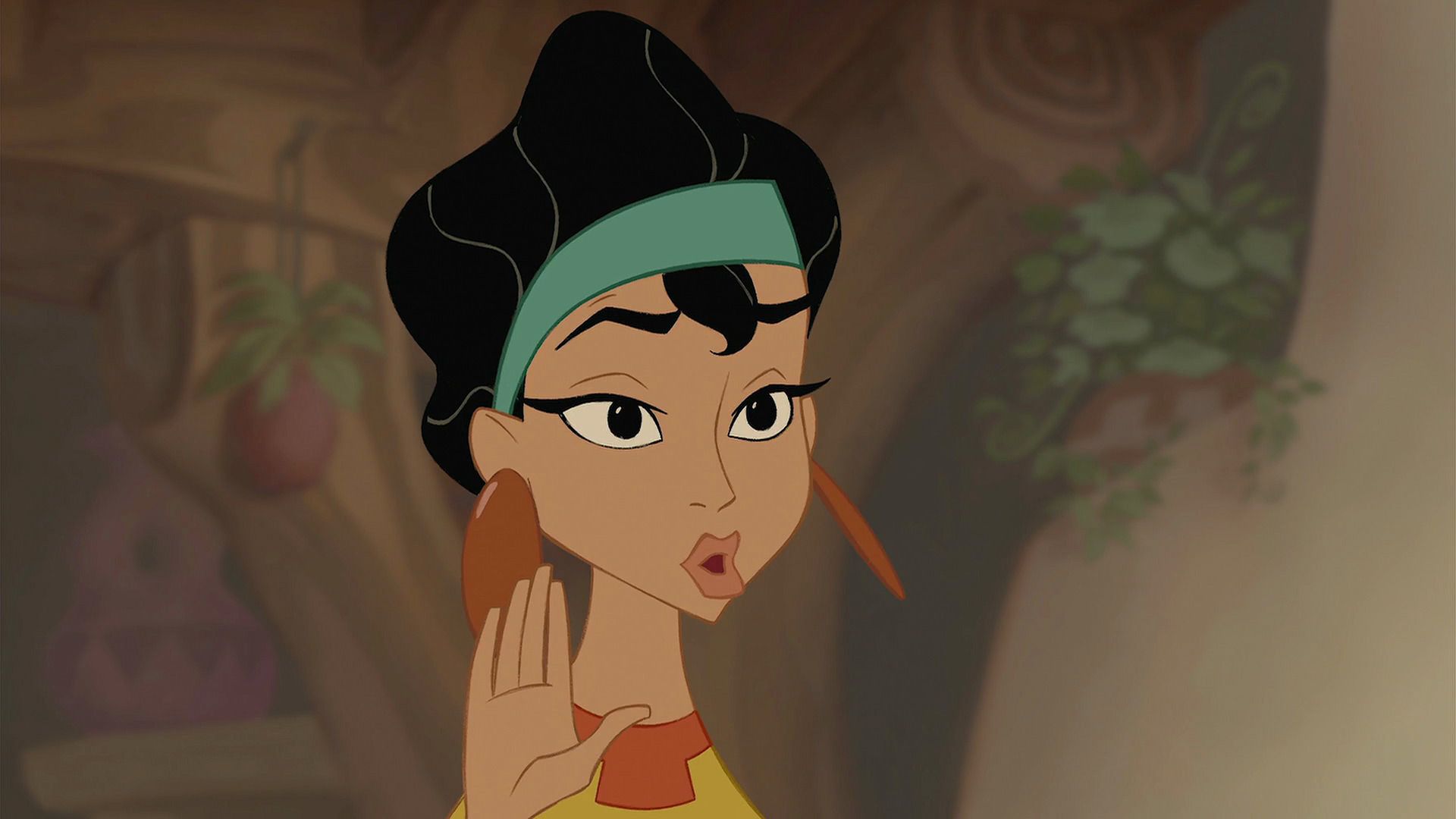 Lilo, aside from being cute, is quite possibly the sassiest woman in all of the Disney movies. It’s clear that she’s hurting from the recent death of her parents, which explains why she acts out and gets into fights with the other girls on the island. But she also befriends a fish, and eventually a destructive alien who finds himself stranded in Hawaii. And even though Stitch resists her love at first, she’s able to get him to see that love and family is the most important thing in the world. She’s tough, assertive, brave and very much herself even when the rest of the village finds her to be too much most of the time. She’s wise beyond her years and she stays true to herself and to those that she loves, which are very commendable qualities for any young girl to have. She gets bonus points for adopting the most unadoptable “dog” in the shelter. 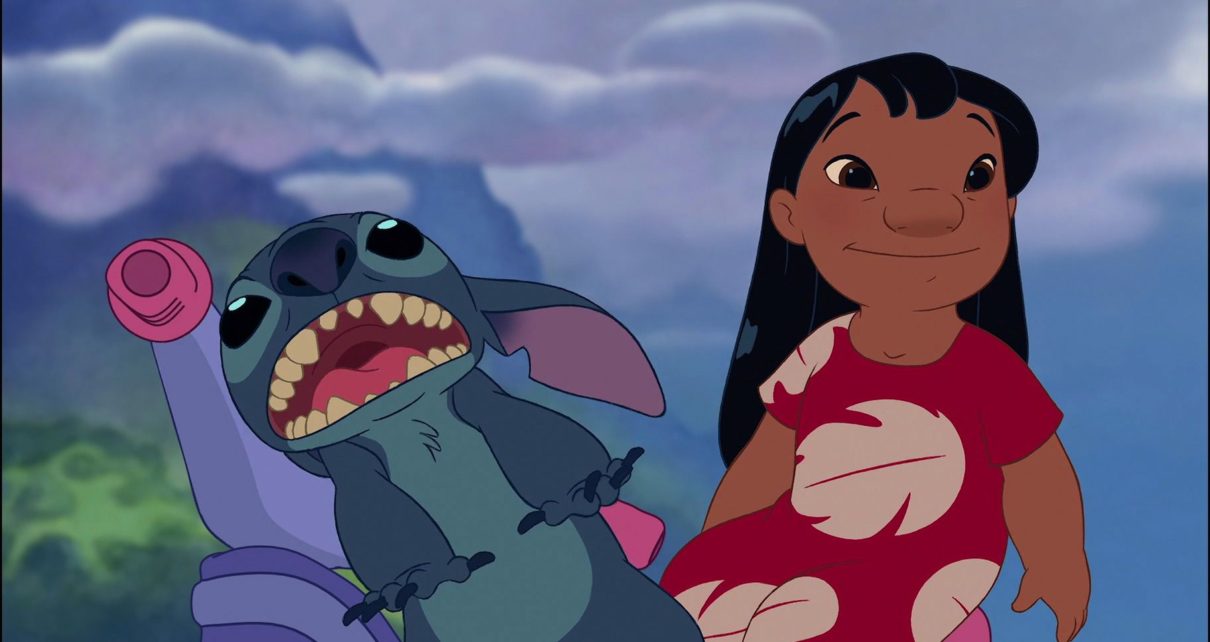 I LOVE PENNY! Penny is an orphan that no one seems to want, except for a pair of thieves who need her to retrieve a diamond from a hole in the Louisiana Bayou. She isn’t afraid of her emotions and cries when she needs to and asks for help when she needs it, but she’s also incredibly strong and manages to stand up to Madame Medusa and her two crocodiles. She literally has no fear of the two massive crocodiles! She makes several attempts at running away, and even though she’s unsuccessful, she keeps trying. That’s a brave little girl! When Bernard and Bianca show up, they concoct a plan to escape, and it’s the best plan ever. She suggests that they set the fireworks off in Medusa’s bedroom, trap the crocodiles and swipe the swamp mobile. Penny is smart, resourceful, sassy and sweet. She also has one of the saddest stories in the Disney franchise. A girl to be that strong against all odds is more than admirable. She definitely deserves more attention from Disney fans. 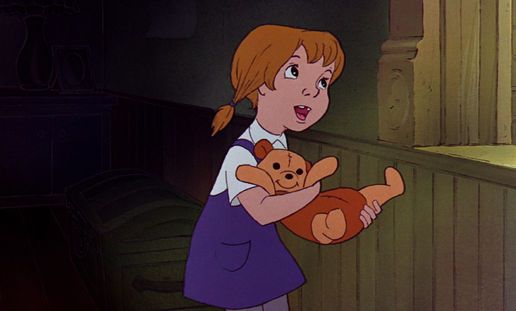 And Number one is… a tie between Megara from Hercules and Esmeralda from The Hunchback of Notre Dame.

Megara is incredible because, as she says it: “I’m a damsel, I’m in distress, I can handle this.” She’s jaded from her previous lover, which makes her a great tool for Hades, but you see her heart open the more she gets to know Hercules. She’s brave and risks her life not only for Wonder Boy, but for the world as well. She’s hilarious, strong, independent, smart, savvy, and overall beautiful. Her song, I Won’t Say I’m In Love is probably one of the best songs sung by a Disney woman. It’s hard for a woman like her to admit that she may be in love, not only because she’s been hurt in love, but also because it’s a vulnerable feeling. And vulnerability turns into strength. She has great character development throughout the film, and in my opinion, one of the few women in Disney that the modern woman can relate to the most. She has so much personality and spunk and that even a DemiGod cannot resist her magnetic personality. She’s so much more than a pretty face with great hair. She should be rated as one of the best Disney female characters of all time! Side note: I totally went as her for Halloween when I was  a kid.

1. Esmeralda – The Hunchback of notre dame

First of all, Esmeralda is fine! She’s the most beautiful woman in the entire Disney cannon, in my opinion. No wonder Frollo has such an obsessive attraction to her. Looks aside, she’s ridiculously brave as she frees Quasimodo from his chains and takes on the whole French police force. She shows her kindness and compassionate side when she seeks to protect all of the Gypsies from Frollo’s wrath. She stands up for those who are being persecuted, even though it’s dangerous for her. She’s an incredibly good fighter, displaying her creative side as she dodges and dances around those trying to arrest her. On top of all that, she isn’t afraid to speak to the masses about corruption and tyranny that Frollo forces onto the people. Not to mention, she’s willing to burn at the stake for her people. And, of course, God Help The Outcasts is one of the most underrated Disney songs ever. Three cheers for Esmeralda!

So there you have it, my top five female characters that are not considered Disney Princesses. Do you agree?